In 1963, Herb and wife Marion Sandler founded Golden West Financial Corporation, a California savings and loan holding company with two offices, 26 employees and $34 million in assets. They served as husband-and-wife Chairmen and CEOs of Golden West for more than 40 years. Its operating subsidiary, World Savings Bank, grew rapidly and became the second largest savings and loan in the country.

By 2006, when the company was acquired by Wachovia Corporation, Golden West had grown to $124 billion in assets, had approximately 11,000 employees, and 520 offices operating in 39 states.

Golden West was a risk-averse residential mortgage portfolio lender that operated for more than 40 years with a reputation for ethics and integrity, quality lending, an unparalleled earnings record, high tangible net worth and low expenses. Unlike other financial institutions, Golden West kept its loans on its own books and did not securitize and sell loans to others. Under the Sandlers’ joint leadership, Golden West was considered to be one of the best managed financial institutions in the country by many industry observers.

Additional information about Golden West can be found at www.goldenwestworld.com. 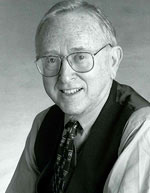